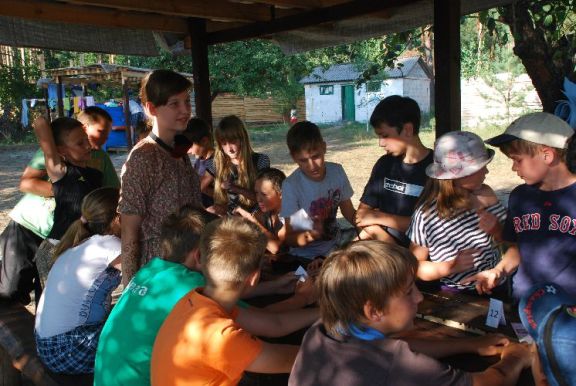 340 kilograms of chicken and 80 kilograms of sausage will be given to the children’s camp “Forest Outpost” in the village. Dimer near Kyiv. Such assistance will be provided by the Volyn European Vector Charitable Foundation, whose patron is People’s Deputy Serhiy Martyniak, and the enterprises of the Pan Kurchak Agropromgroup (Gubin LLC and VMP LLC). So, the first car with meat and sausage has already been sent to Kyiv region.

The camp started last July, said one of the initiators of its creation, the head of the All-Ukrainian Charitable Organization “For the Right to Life”, now the head of the “Forest Outpost” Irina Sazonova. His pupils, immigrant children and children of anti-terrorist operation participants, are cared for by volunteers. Meanwhile, caring people help the institution. Therefore, such food sponsorship is appropriate.

“We were pleasantly surprised when the car that brought us chicken and sausage for children turned up from Volyn. Earlier, we asked a similar local company to help with the products, but were refused, ”Ms. Iryna said.

From the beginning, says Iryna Sazonova, the institution was supposed to operate only in the summer, but when the situation in the east of the country worsened, it became necessary all year round. Today there are 120 pupils aged 6 to 17. Along with rehabilitation and entertainment, children attend classes with professional psychologists, because most of them need such help. They come here for 21 days, but there are some, and these are almost twenty pupils who are in the “Forest Outpost” for several months. So during the school year they are students of Dymer gymnasium.

In total, during the year of the camp’s operation, half a thousand children rested and underwent psychological rehabilitation, said the head of the Forest Outpost. By the way, there are small Volynians here, she says. These are children of participants of anti-terrorist operation.

“Every day and everywhere we hear about the help that our guys on the front line need, and the soldiers who have returned from the east also need it. And today we do our best to make them feel this support, there are various foundations, they care about organizing actions… But we must not forget that their families also need help, especially children who are forced to live with adults. Volunteers are good people who have opened such a camp, where they can relax and undergo psychological rehabilitation. And this is important. I was approached, I helped. I think such help is not one-time, “Serhiy Martyniak summed up.