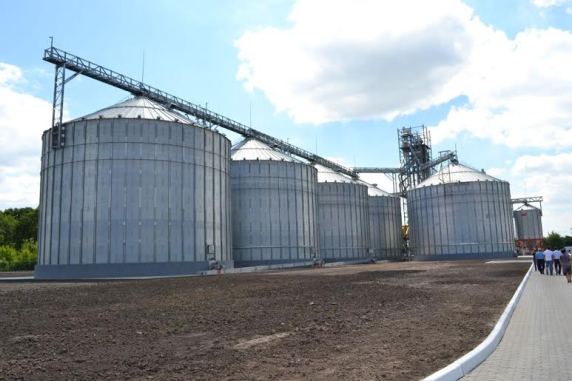 Four modern elevator complexes, owned by Agrotekhnika LLC, which is part of the Pan Kurchak APG, are already ready to accept grain from farmers for cleaning, drying and storage. For the new season, the elevator farm, which is located in four districts of Volyn region, has been carefully prepared, said its head Igor Mazur. Thus, the elevator in Turiisk was reinforced with another overflow pit, which was built this year. This is necessary for the convenience of customers (so that there is no downtime of heavy machinery) and increase the capacity for receiving grain. Meanwhile, an additional cleaning machine has been installed at the newly opened elevator complex in the village of Charukiv, Lutsk district, which makes grain even better and therefore more expensive. Also this year, money was invested in improving the infrastructure of the elevator industry. In particular, in order to make it convenient for farmers to transport grain for export, which is beneficial for both Volyn farmers and the Ukrainian economy, a railway access road was put into operation.

In total, the load on railway transport at the three elevators of Agrotechnika LLC is 1,000 tons per day, which is 15 cars. In addition to convenient transshipment, improved conditions for small farmers, who can hold the new harvest in the elevator and wait for a good price on the market, and only then sell it, said Igor Mazur. The total elevator capacity of the agro-industrial group is 100 thousand tons.

Now they are already accepting barley of the new harvest, next in line – rapeseed. Meanwhile, those who decide to sell rapeseed to the company in the future will receive a 100% discount on storage services.

At the same time, a modern laboratory with equipment from leading European companies guarantees quality and accuracy. Meanwhile, all elevators of the agro-industrial group are ready to work around the clock during the season

For reference, today Agrotechnika LLC has a strong network of modern elevators in the Volyn region (Turiysk, Lokachi, Charukiv (Nesvich station), Maryanivka), where grain is received, cleaned, dried and stored. In addition, the elevator capacity is expanding here every year. If in 2013 the company dried and stored less than 30 thousand tons of grain, last year it was more than 75 thousand tons. This year’s plans are to accept almost 100,000 tons and ensure the “transshipment” of 135,000 tons of grain and oilseeds.