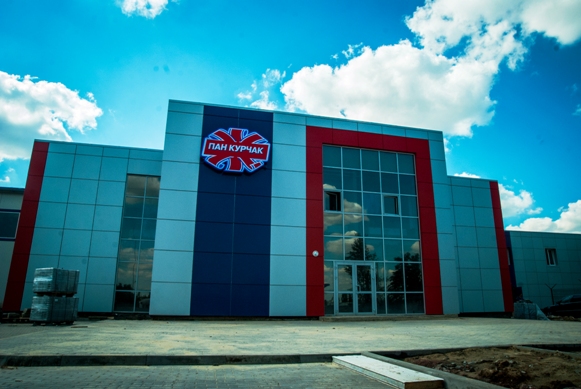 Thanks to the opening of a high-tech slaughterhouse complex in Novovolynsk, which is owned by Gubin Poultry Complex LLC, which is part of the Pan Kurchak Agropromgroup, it will be profitable to raise chickens. After all, here the farmers of the western region are offered a new form of cooperation, which has long been successfully cultivated in European countries, in particular, neighboring Poland. There, farms are engaged in a narrow field and work, for example, only on raising chickens. Instead, Ukrainian farmers need not only to raise poultry, but also to take care of the next steps, such as slaughter, processing, marketing, and so on. And all this, accordingly, complicates the poultry business.

Meanwhile, with the opening of a new slaughter complex, farmers in the western region engaged in poultry farming have gained new opportunities. After all, it is twice as powerful as the current one and is designed to slaughter 17 million birds a year. This allows Gubin Poultry Complex LLC not only to expand its own production facilities, but also to offer processing according to European standards of purchased raw materials. Therefore, from now on, small poultry farms in the western region can expand their own production without risks. They will not have to invest in the construction of slaughterhouses, processing, cooling, freezing and packaging of products, as the powerful complex in Novovolynsk adheres to international standards and guarantees the European level of quality. At present, Gubin Poultry Complex LLC works with farmers of Volyn, Rivne, Zhytomyr, Ternopil and Lviv regions on such mutually beneficial terms. In the future – cooperation with farmers from other regions. After all, the capacity of the newly built complex allows in 2015 to process almost 12 thousand tons of chicken from other producers. And this is 4 times more than last year.

In addition, the owners of poultry farms received a comprehensive offer from LLC “Poultry Complex” Gubin “. Yes, they are given chickens, balanced feed, veterinary drugs and, accordingly, guaranteed sales. Meanwhile, their task, following the appropriate technology, to ensure quality fattening of chickens. For which they make a profit.

In total, Gubin Poultry Complex LLC, which is part of Pan Kurchak, plans to produce and sell more than 34,000 tons of broiler chicken products this year. This is 71% more than in 2014. This result will be achieved by increasing the volume of processing of toll raw materials and expanding its own capacity. In particular, the construction of 10 additional poultry houses in Kholopychi is already being completed. After their commissioning, Gubin Poultry Complex LLC will be able to plant 1,850,000 broiler chickens at a time.

Due to capacity building, Gubin Poultry Complex LLC is among the leaders in chicken production in the western region.