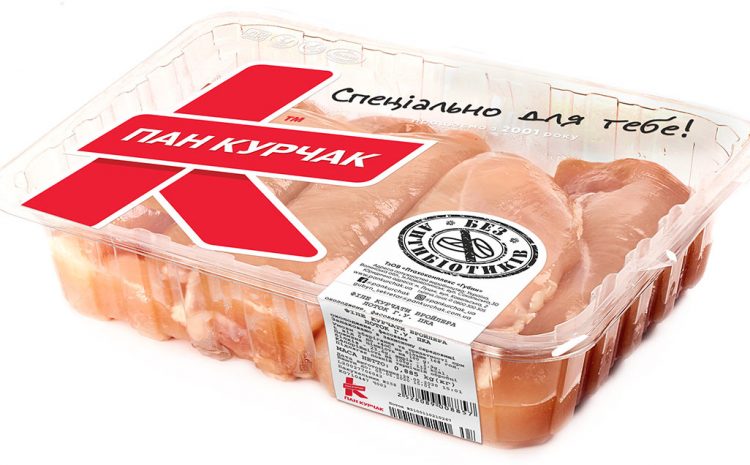 In the first six months of this year, a powerful domestic poultry producer in the western region, Gubin Poultry Complex LLC, part of the Pan Kurchak APG, increased chicken production by 14% compared to the same period last year.

This result was achieved due to the commissioning of a new modern poultry slaughter and processing complex (Novovolynsk), the opening of which allows the agro-industrial group to almost double its production capacity. As well as poultry farms for 10 poultry houses (Kholopychi village, Volyn region). An additional production site allows Gubin Poultry Complex LLC to plant 2 million poultry at a time.

At the same time, according to the results of six months, the export potential also increased. It was possible to develop new markets, in particular Central Asia and the Middle East, thanks to the Halal certificate, which the company received this year.

Domestic markets have also expanded. So, if last year chicken of the Pan Kurchak trademark could be bought in 9 regions of Ukraine, this year it is delivered in 11 areas. Among the new customers of Gubin Poultry Complex LLC are more than fifty supermarkets. Volyn chicken is also an economically attractive raw material for the production of quality semi-finished products and sausages. Therefore, it is also bought by meat processing enterprises.

“Agropromgroup” Pan Kurchak “is a vertically integrated company, and therefore we guarantee the quality of our products. Our bird is fattened with Ukrainian grain without GMO, which is grown by agro-industrial group enterprises in two regions of Ukraine. In the future, it is a component of high-quality feed, which we produce at the plants of APG “Pan Kurchak”. And they confirm that our products meet international quality standards, the relevant certificates, in particular ISO and Halal, “- said the chairman of the supervisory board of the agro-industrial group” Mr. Kurchak “Sergei Gorlach.

In total, the product range includes more than 30 items in chilled and frozen form. The main product is broiler carcasses, semi-finished products and offal made from broiler chickens.