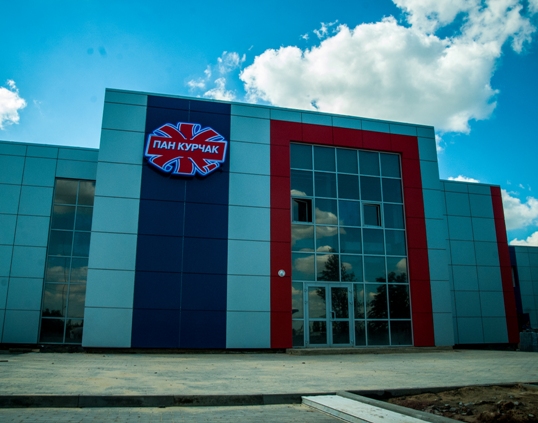 The slaughterhouse of Pan Kurchak LLC in Novovolynsk won second place in the competition for the best buildings and structures in the category of “industrial facilities”.

Recently, the State Architectural and Construction Inspectorate of Ukraine held a competition for the best buildings and structures built and put into operation in Ukraine in 2014.

Then in the final, in the nomination “objects of industrial purpose” the second place was taken by the shop of slaughter and processing of poultry of LLC Ptahokompleks Gubin, located in Novovolynsk, on Sokalska Street. The industrial facility is designed for a capacity of 6,000 heads per hour.

According to the inspection, the cost of the project is 126 million hryvnias, and the slaughterhouse was built for 27 months.

Thanks to its opening, the company has almost doubled its production capacity. In addition, the technological process was improved in the slaughterhouse, as the new enterprise was equipped with the most modern high-tech equipment that meets environmental and sanitary requirements.

The complex includes both production shops and administrative premises. In addition, the opening of a modern slaughterhouse is also the creation of new jobs.