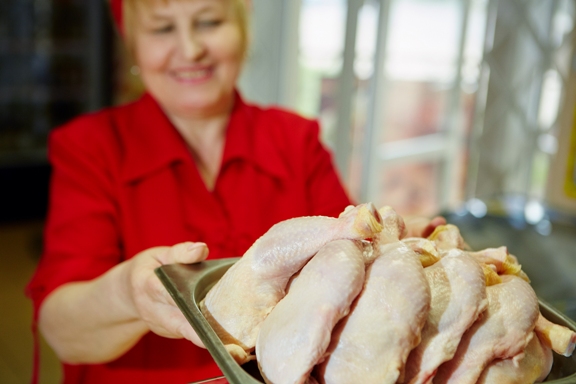 According to the results of six months of this year, the export of chicken, which is produced by the largest division of the agro-industrial group “Pan Kurchak” LLC “Poultry Complex” Gubin “, amounted to more than a thousand tons. And this is twice as much as in the same period last year. More Volyn chicken was consumed in Kyrgyzstan, Moldova and Armenia. Meanwhile, the Uzbek market for products has just opened. After all, like Muslim countries. The agro-industrial group has such a result thanks to the international certificates received this year, which confirmed the quality of Volyn chicken, thus opening international markets.

So, this year the chicken of APG “Mr. Kurchak” received the Halal Certificate. And this is a pass to the markets of Central Asia and the Middle East. After all, it allows you to export high-quality Volyn chicken to Islamic countries, because “halal” (from the Arabic al-halal – allowed). Therefore, from now on, representatives of the Alraid Halal Research and Certification Center are constantly working at the new slaughter complex in Novovolynsk. They make sure that Muslim traditions are observed when slaughtering birds, and that the finished products do not contain prohibited components. This is also a prerequisite for obtaining a Halal Certificate.

Also this year, Gubin Poultry Complex LLC introduced a food safety management system that meets international standards ISO 22000: 2005. The certificate confirms that the company’s products are absolutely safe and high quality, primarily due to clear system control at all stages of production, from raw materials, production and storage, transportation, to the consumer.

Today, in addition to foreign countries, APG “Mr. Kurchak” chicken is consumed in 11 regions of Ukraine. It can also be purchased in the chain of branded stores and supermarkets “Meat Point” and “Smart”, of which there are now more than fifty in the country.