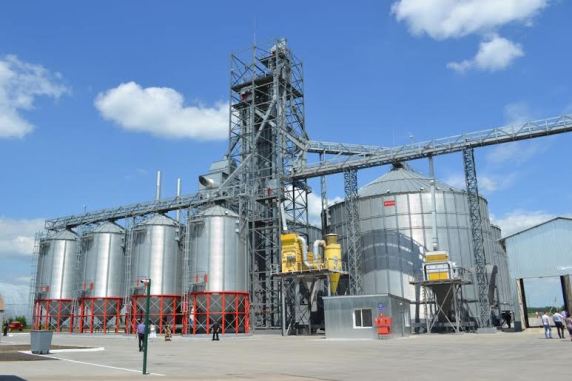 Elevator in the village of Charukiv, in the Lutsk district in Volyn, is owned by Agrotekhnika LLC, which is part of the Pan Kurchak Agropromgroup. Testing began last year, and this year invested in improving the infrastructure of the elevator industry. In particular, in order to make it convenient for farmers to transport grain for export, which is beneficial for both Volyn farmers and the Ukrainian economy, a railway access road was put into operation.

“Loading for rail transport is 460 tons per day (7 cars). And loading time from the moment of giving of cars makes only 6 hours. In addition, they are automatically weighed. In addition to convenient transshipment, the conditions have been improved for small farmers, who can hold the new harvest at the elevator and wait for a favorable price on the market, and only then sell it, ”said Igor Mazur, head of the elevator farm at Agrotechnika LLC.

The elevator complex in Charukov is equipped with modern silos of the Turkish firm Mysilo, with a total volume of 25 thousand tons providing long-term storage of grain. In the future, the construction of the 3rd stage for 21 thousand tons is planned, the chairman of the supervisory board of Agropromgroup “Pan Kurchak” Serhiy Horlach shared his plans.

“Agropromgroup” Pan Kurchak “invests significant investments in the development of the agro-industrial complex of Volyn region, which, incidentally, is a priority for the region. So this year in Novovolynsk earned a new complex of slaughter and processing of poultry, completed a poultry complex in the village of Kholopychi (Lokachyn district), invested in the second stage of the elevator complex in Charukov. And these are new jobs, budget revenues, and hence the development of the Volyn region. So last year, the enterprises of Agropromgroup “Pan Kurchak” transferred to the budgets of all levels 74 million hryvnias of various taxes and fees, “- summed up Sergei Gorlach.

In addition, the project is energy efficient, because there are two grain dryers made in Poland, which run on their own fuel – straw. So there is no need to pay for imported energy, as it has been replaced by local waste. Due to this, the process of bringing grain to condition has become three times cheaper.

The powerful grain drying complex in the village of Charukiv can daily bring 600 tons of wheat and barley, 300 tons of rapeseed and soybeans, 200 tons of corn to marketable condition. At the same time, a modern laboratory with equipment from leading European companies guarantees quality and accuracy. Therefore, grain owners do not have to overpay for contrived moisture or litter, as their level is clearly fixed at each stage. This is true for customers who have different requirements for feed grains for animal fattening and food wheat for flour production.

Today Agrotechnika LLC has a strong network of modern elevators in the Volyn region (Turiysk, Lokachi, Charukiv (Nesvich station), Maryanivka), where grain is received, cleaned, dried and stored. In addition, the elevator capacity is expanding here every year. If in 2013 the company dried and stored less than 30 thousand tons of grain, last year it was more than 75 thousand tons. This year’s plans are to accept almost 100,000 tons and ensure the “transshipment” of 135,000 tons of grain and oilseeds.