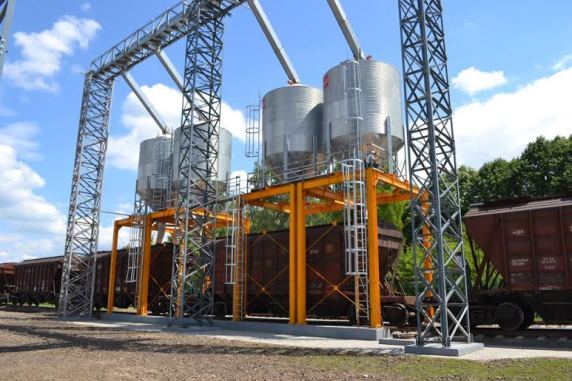 “Our company’s policy is systemic development, so we are constantly investing in improving the infrastructure of the elevator industry. Thus, in order to increase the capacity for receiving grain and for the convenience of customers (so that there is no downtime of heavy machinery), the elevator in Turiisk was reinforced with another overflow pit, which was built this year. And at the elevator complex in the village of Charukiv, Lutsk district, a railway access road was put into operation. This, in fact, allowed to “pass” a record amount of grain and oil products, “- said the chairman of the supervisory board of APG “Mr. Kurchak” Sergei Gorlach.

In addition, an additional cleaning machine was installed at the elevator in Charukov, which makes the grain even better and therefore more expensive. This is especially true for the new harvest of soybeans, which this year is more littered than last year.

Today, 4 modern elevator complexes of APG “Pan Kurchak” in 4 districts of Volyn region accept the grain of the new harvest for cleaning, drying and storage. Their capacity is more than 100 thousand tons. They already store barley, wheat, rapeseed, soybeans grown on the Agropromgroup’s own fields, as well as the harvest of local farmers. At present, new crops of corn have been harvested here.

In total, this year the Agropromgroup plans to “transfer” more than 100,000 tons of grain and oilseeds.