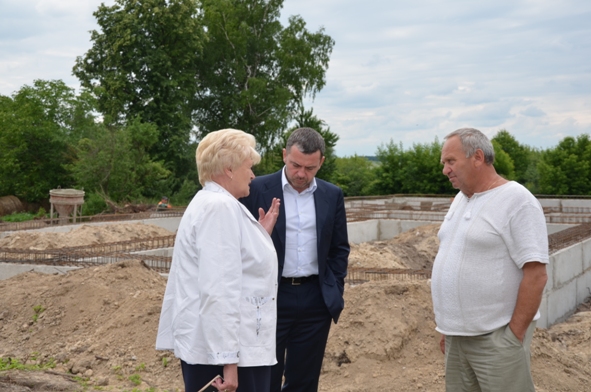 On June 3, construction began on a kindergarten in the village of Kholoniv in the Gorokhiv district. This is stated on the website of VolynPost

In general, the estimated cost of construction is 9 million 81 thousand hryvnias.

“Including at the expense of the regional development fund – 8 million 70 thousand hryvnias. There was also co-financing from the local budget – 850 thousand, “she added.

Currently, construction works are underway on the site of the future kindergarten, the foundation is almost ready, which is planned to be completed on Wednesday.

Orysia Kondratyuk, a resident of the village of Kholoniv, said that local residents have a great need for this kindergarten, as there are simply not enough places for children. In addition, the room adapted for kindergarten is an emergency.

Volodymyr Hunchyk, the head of the Volyn Regional State Administration, said that construction had begun because the situation here was the most problematic.

“This is the most extreme situation, because after visiting the kindergarten where the children are, Serhiy Vasyliovych Martyniak and I decided that we should urgently talk about a new kindergarten. There is an emergency situation, the children are in such a state that every day you pray to God that nothing happens there” he added.

The People’s Deputy of Ukraine Serhiy Martyniak noted that the construction of a kindergarten in this village is also a social responsibility of business. That’s why he turned to the agro-industrial group “Mr. Kurchak”, which works on the territory of the village council. Then she made her contribution – she allocated 200,000 hryvnias for the construction of a modern kindergarten.

“The village is developing, there are more children. And it will free the hands of parents who will be able to work instead of sitting at home with small children. Therefore, accordingly, the chairman of the board of the agro-industrial group “Mr. Kurchak” responded to this request and helped with co-financing of this construction, “he said.

Meanwhile, Serhiy Martyniak said that this year he would join the completion of the gym in the village of Maryanivka financially, transferring 200,000 hryvnias for its completion. The same amount of it is already being used for the construction of a kindergarten in Turiisk.