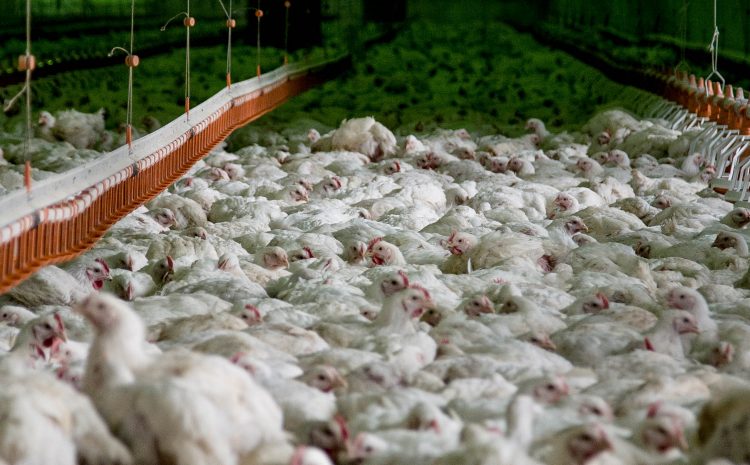 Gubin Poultry Complex LLC, part of the Pan Kurchak Agropromgroup, is expanding its production area. In the village of Kholopychi, Lokachyn district, 10 modern poultry houses are being prepared for delivery. Their total area is almost 25 thousand square meters. Meanwhile, the design capacity of the new poultry complex is almost half a million heads. Its opening is scheduled for the summer, said the chairman of the supervisory board of Agropromgroup “Mr. Kurchak” Sergei Gorlach. The additional production site will allow Gubin Poultry Complex LLC to carry out a simultaneous one-time planting of 1,850,000 poultry, which is 35% more than now.

New poultry houses in Kholopychy will heat boilers on an alternative fuel – straw. Energy-saving experience has already been tested at the facilities of the Agropromgroup “Pan Kurchak”, in particular at the newly built elevator in Nesvich (LLC “Agrotekhnika”), as well as at poultry farms where the parent stock is kept (LLC “Agidel”).

Gubin Poultry Complex LLC was founded in 2001. This is the largest division of Agropromgroup “Pan Kurchak”, which specializes in poultry farming, production and sale of chicken. The complex includes 5 poultry farms, which are equipped with modern equipment from the world’s leading manufacturers. The technological process is maximally automated – every factor influencing the development of broiler chickens is controlled: light level, humidity, temperature, dosage, balancing and frequency of feeding.

Today Gubin Poultry Complex LLC is a powerful domestic producer of poultry meat in the Western region of Ukraine, whose sites are located in four districts of Volyn region (Lokachyn, Gorokhiv, Turi and Volodymyr-Volyn). The main product of the enterprise is frozen and chilled carcasses of broiler chicken, semi-finished products and offal. In total in assortment – 30 positions.

In 2014, Gubin Poultry Complex LLC sold almost 20,000 tons of finished products, which is 10% more than in 2013. This dynamics indicates that the company worked one and a half times more efficiently than chicken producers in Ukraine as a whole (chicken production in the country increased by 6.6%). This year’s prospect is to produce 70 percent more products than in 2014. It will be possible to reach this indicator at the expense of investments in development – opening of a new slaughter complex in Novovolynsk and 10 additional poultry houses in Kholopychy. Thus, Gubin Poultry Complex LLC will become an even more powerful player in both domestic and foreign markets. After all, this year it is planned to produce and sell more than 34 thousand tons of broiler chicken products, while expanding the geography of domestic and foreign consumers. In particular, every second ton of quality chicken is planned to be sold to foreign partners.

To increase the competitiveness of products, LLC “Poultry Complex” Gubin “grows its own grain and industrial crops on leased land in Volyn and Rivne regions. The company processes its raw materials into high-quality balanced feeds at modern plants of Agrotekhnika LLC, which is also part of the Pan Kurchak Agropromgroup. Thus, it is possible to minimize the impact of price fluctuations on the cost of production and ensure its quality, because the bird is fed Ukrainian grain.