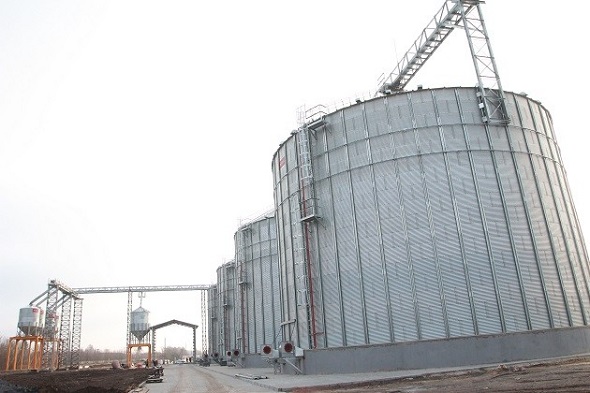 The modern grain drying complex near the Nesvich-Volynskyi station in the Lutsk district, which is working on an alternative, will be made even more powerful, said Serhiy Horlach, chairman of the supervisory board of the Pan Kurchak agro-industrial group. After all, the energy-saving project has paid off in its first season. Thus, the unique drying complex made in Poland has become the pride of the company, as it runs on its own fuel – straw. So there is no need to pay for imported energy, as it has been replaced by local waste. Due to this, the process of bringing grain to condition has become three times cheaper, said Sergei Gorlach. Currently, the elevator has 5 tanks with a total capacity of up to 25 thousand tons, and in the future will be able to accept up to 52 thousand tons of grain and oilseeds. Innovative alternative equipment can take away excess moisture in 400 tons of wheat and other grains every day, give the appearance of the same amount of rapeseed, as well as 350 tons of corn and 200 tons of soybeans.

In general, Agrotekhnika LLC, which is part of the Pan Kurchak agro-industrial group, has a powerful elevator farm and warehouses. In addition, the elevator capacity is expanding here every year. If in 2013 the company dried less than 30 thousand tons of grain, last year it was more than 75 thousand tons. This year’s plans are to dry almost 100,000 tons and ensure the “transshipment” of 135,000 tons of grain and oilseeds.