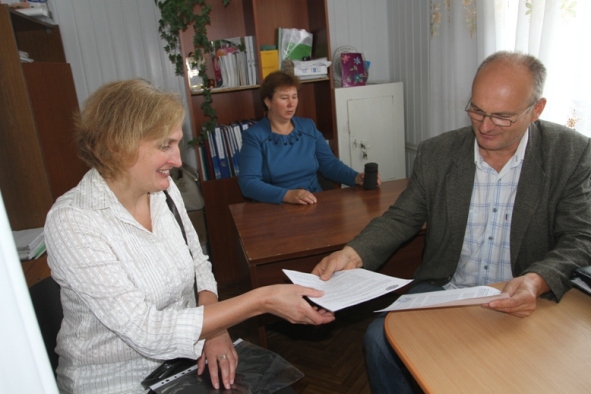 For more than a year now, agricultural lands have been leased by Gubin Poultry Complex LLC, which is part of the Pan Kurchak Agro-Industrial Group, on the territory of Krukhynychiv Village Council. For three years of cooperation between landowners and tenants for the development of the rural community, the company has allocated 235 thousand hryvnias.

Thanks to targeted assistance in the amount of half a percent of the cost of leased land on the territory of the village council, conditions were repaired and improved in all cultural institutions of the village, sound equipment for the house of culture, a computer with Internet access and books for the village library, windows, modern computer. user and computer desk – for the village school, the roof of the house of culture was repaired, a significant amount went to the construction of the temple. Now in Krukhynychi they are very much hoping to repair the kindergarten, because there are a lot of young people in the village and about fifty preschool children.

The village head Krukhynych says that the idea to restore the preschool arose a few years ago, because the lack of a kindergarten creates inconvenience not only for local residents who have to take children to the district center every day, but also disrupts the educational process in Lokachyn kindergarten. Due to the influx of children from Krukhynychi, only 5-year-old children receive preschool education in Lokachy, no nursery, junior and secondary school groups, because the kindergarten barely accommodates two overloaded groups of preschoolers for whom pre-school preparation is a must.

According to him, the birth rate in our village is normal, so the problem of the absence of a kindergarten is becoming more noticeable every year. The kindergarten was closed in 1993 due to difficult times, later it was looted by the local population, so now it is in such a deplorable condition.

“In 2011, the village council prepared a project for the overhaul of the school, at that time it cost 30,000 hryvnias. From year to year we were promised that there would be a subvention from the state budget for its restoration and overhaul, but, unfortunately, there have been no changes for four years. Earlier this year, thanks to the efforts of our People’s Deputy Serhiy Martyniak, the budget planned UAH 1 million for the restoration of the kindergarten, but due to the events in Ukraine, the budget was changed and we did not receive this money. We now plan to start its restoration on our own – to cover the roof and insert windows. And in this again we count on APG “Mr. Kurchak”, “European vector” – Ruslan Poznyakevich shares his hopes.

“APG” Pan Kurchak “is the main investor of our village council, they make timely payments to the budget – this is income tax and payments to people for the use of shares, rent – the highest in the area, no agricultural group pays such money for rent. Moreover, for several years the company has been paying 0.5% of the value of the land for the development of communities, no one in the district has pursued such an investment policy so far, ”the village head emphasizes.

This year, Krukhynychi will receive 85,000 hryvnias from tenants, which, according to the community’s decision, will be distributed to the needs of the kindergarten, the local church, the school’s connection to the Internet and assistance to anti-terrorist operation participants. It should be noted that almost the whole village is going to the meeting of peasants, where they decide where to use the investment funds. Local residents are actively discussing and advocating for the financing of those facilities that they think need the most investment.

Ruslan Poznyakevych is happy that the community is not indifferent to the fate of the village and always actively participates in the discussion and distribution of investments from tenants. He hopes that he will be able to cover the roof of the kindergarten with funds allocated from the regional budget and install windows and doors at the expense of APG “Pan Kurchak”.

“I want to insert all the windows and doors, and then calmly, around the room – two to make repairs there. This year I have overfulfilled the budget of the village council by 70 thousand hryvnias, so there is something to start with, ”the village head shared his plans.

The people of Kruhynych do not hide their pride in other achievements either – they not only write and submit projects for various competitions and programs, but also win them. Thus, street lighting was installed in the village at the expense of the EU. This year, the local community plans to buy 10 garbage cans for the village – they have already written and won a project from the European Vector Fund for 12 thousand hryvnias, another 30 thousand will be provided for these needs by the village council. The village head plans to sign an agreement to remove garbage from the village in the same way as they do in Lokachi under the Clean Village program.

By the way, in Krukhynychi LLC “Poultry Complex” Gubin “leases almost 900 hectares. Pay for the rent of shares most in the area. If people have given a share for 5 years, they receive 2200 hryvnias annually, 2400-2500 hryvnias – if the contract is concluded for 10 years. As a result, everyone is satisfied – both people and tenants. Socially responsible business is the future of Volyn villages.